Back Up And Blogging - Sort Of

Last week my PC started to act a little strange. It all started when I repeatedly clicked on a macromedia video link from YouTube. Some may recall the "UFO" video which I claimed was some secret laser weapon.

Suddenly the PC just shut down.

Probably a buffer overflow. Macromedia has had well know issues with security vunerabilities. In the past they have left bugs in their software which could allow hackers to gain access to computers using Macromedia's video player. I've never entirely believed the problem was resolved, nor do I believe it was simply an oversight by Macromedia to leave such a back door.

In my opinion Macromedia remains entirely suspect, and is similar to Microsoft. Microsoft is a company so distrusted that the Chinese government forced it to reveal its source code.

Despite all my apprehension about Macromedia I still end up downloading their evil plug-ins.

And so it was after clicking on the macromedia plugin applet just once too many times my PC shuts down.

It never worked the same after.

Then when it did start it couldn't find various peripherals.

After some reading I began to suspect that some type of spyware had been installed on my PC. After the spyware crashed it left my TCP/IP stack damaged - making it impossible to log onto the Internet.

I reset my TCP/IP settings, and finally restored enough of the PC to gain access to the Internet.

However the system completely locked me out, and kept crashing upon boot up.

I finally decided I wanted to use the PC again, and downloaded as many files as I felt needed saving, formated the hard drive, and reinstalled the OS.

I've spent each night reinstalling various software, and bringing the PC back into operation.

For the first time only I missed deadline to post a Jerome Prophet's Springfield, and the feature will not appear this week in the Illinois Times.

You may notice I've added Job Conger's link to my blogroll. I have also added two sites which Job Conger maintains. One on the local art scene, and the other on aviation with a local twist.

For all those wondering, Koshi Kat is doing a little better each day. He's still not back to normal, but he's slowly getting his energy back, and he's peeing!

Why am I so excited about my cat peeing?

Because the operation, and related cost run at least six hundred dollars, so I'm very happy to see my cat pee - which means no operation!
Posted by JeromeProphet at 10/26/2006 12:03:00 AM 1 comment: Links to this post

Koshi is back from hospital.

My last post detailed how Koshi was striken with Feline Lower Urinary Tract Disease - essentially a blockage. In male cats this is fatal within one to three days. Amazingly I had never heard of FLUTD. My wife, ever the observant mother, noticed that Koshi wanted to urinate, but was unable to. Thank goodness my wife insisted, and took him to the vet.

Sadly a day after Koshi came home he became blocked again, and we had to rush him back into the animal hospital - as they were the only place open at the time. 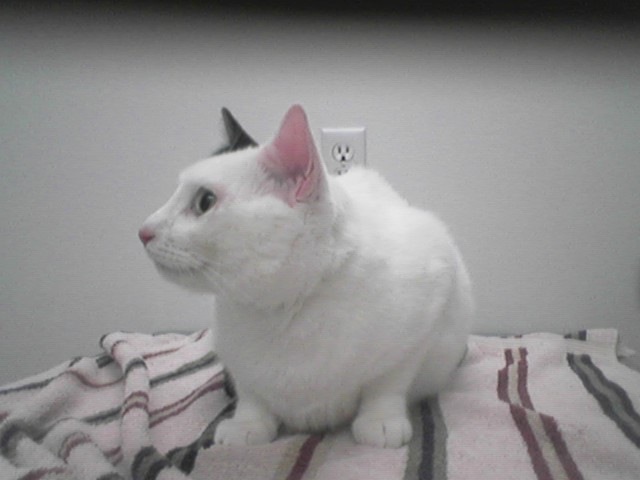 And of course we threw out all the leading brand name garbage that we had been feeding our cats (Meow Mix for example), and now have all of our cats on the much more expensive, but healthier variety.

As it turns out Meow Mix, and many of the other leading brand name cat foods are formulated with high amounts of magnesium. If I had known about this I would have spent the extra fifteen, or twenty dollars a month buying a healthier band of cat food.

The incidence of FLUTD is 1%, which translates into hundreds of thousands of cat's lives being put into danger each year simply because the very same companies which spend millions of dollars a year on cute commercials about cats don't actually care enough about those cats to properly formulate the cat food they make. 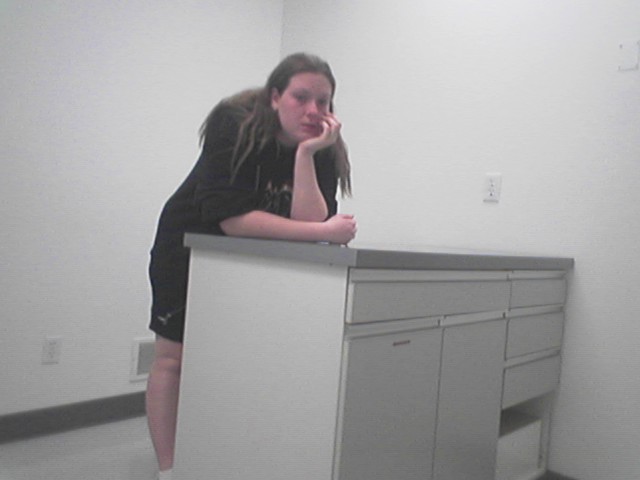 Despite it all Koshi is home now, and I'm hoping, and praying that he remain unblocked. He seems to be doing well, but he looked fine when we brought him home the last time. 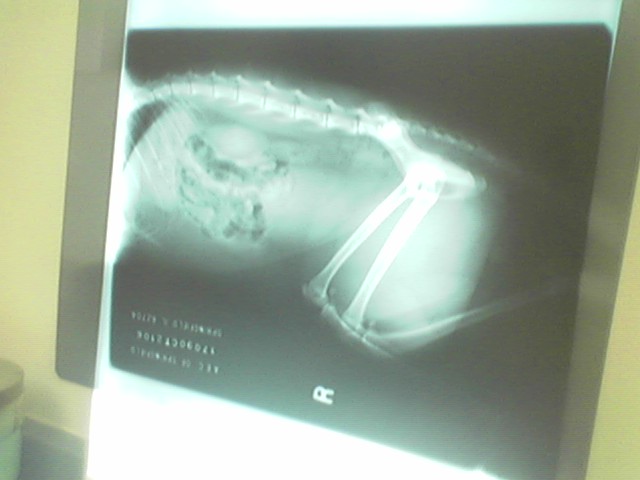 I've been reading like crazy on the subject of FLUTD, and we are doing everything to keep stressors to a minimum. Stress plays a big role in FLUTD, almost as much as magnesium levels in cat food.

If Koshi gets blocked again, there will be no other choice, but to have his penis removed!

That's right, you read it right - Koshi would have to have an operation to have his penis removed! First his testicles, and now his penis? Is there no end to this insult upon Koshi's malehood?

But as my teenaged daughter said tonight, "Better Koshi without a penis, than a dead Koshi", and she's right. The vets consider it a last resort due to risk of infection, and the risk which is always associated with sedation.

Some people at work asked me today why I would spend nearly fifteen hundred dollars for a cat's medical treatment (the cost of a large screen high definition television), but what I noticed was that those most befuddled by our financial outlay were also those who never had a cat as a member of their family.

My daughter insisted that we tap into money we had saved to help her purchase a car when she turns sixteen to help pay for the cost of Koshi's veterinary treatment - which has made me very proud of her.

Just want to add one last thing. We're not well to do. My family survives pay check to pay check, and we greatly appreciate how much fifteen hundred dollars is, but none of us could live with ourselves if we didn't try to help this little creature who has brought so much love, and joy into our lives. For some it's cocaine, alcohol, cigarettes, or even prostitutes - I guess for us it's cats.
Posted by JeromeProphet at 10/23/2006 08:58:00 PM 4 comments: Links to this post